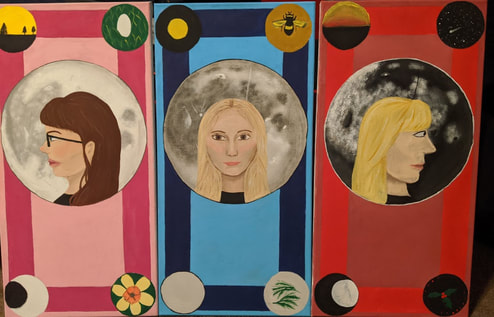 Maiden, Mother, Crone
Tryptic
(Measurement)
December 2019
Exhibition Text
"Maiden, Mother, Crone" is based off of the Wiccan symbol with the same name. The symbol represents the three aspects of the Goddess. The images in my piece all are apart of each aspect. The herbs, holidays, sun position and symbol of each. 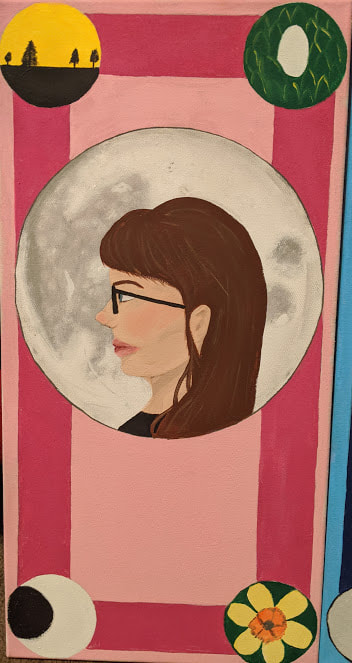 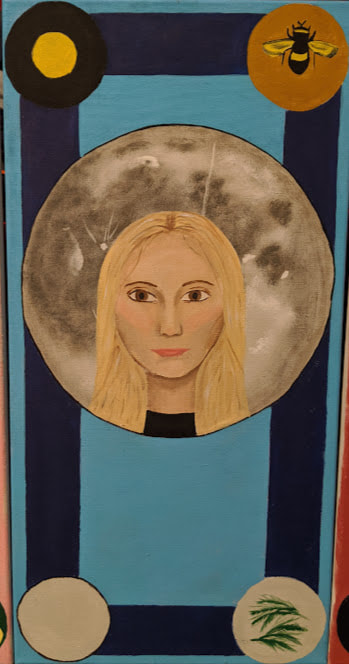 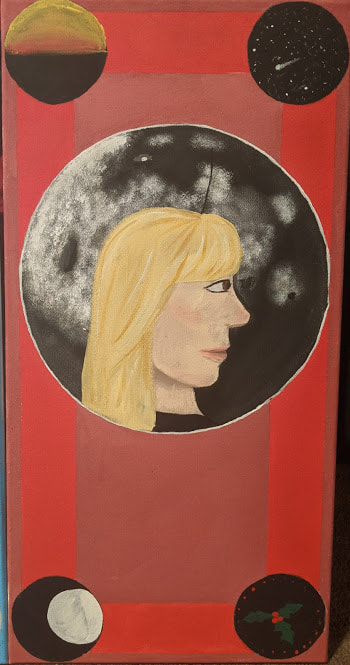 Inspiration
My inspiration for these paintings were Art Nouveau and Tarot, specifically Giorgio de Chirico. Art Nouveau is very busy yet delicate at the same time. Paintings in that style hold a lot of story and information, like the images on a tarot card. Tarot ties into my theme as well, spirituality. I've been wanting to make a piece inspired by tarot for a while now, the meanings and beauty of each card has always drawn me to them. Both Art Nouveau and tarot connected best to my idea of Maiden, Mother, and Crone, three aspects of the Goddess. I thought that this would be the perfect project to use those two inspirations and put them together. 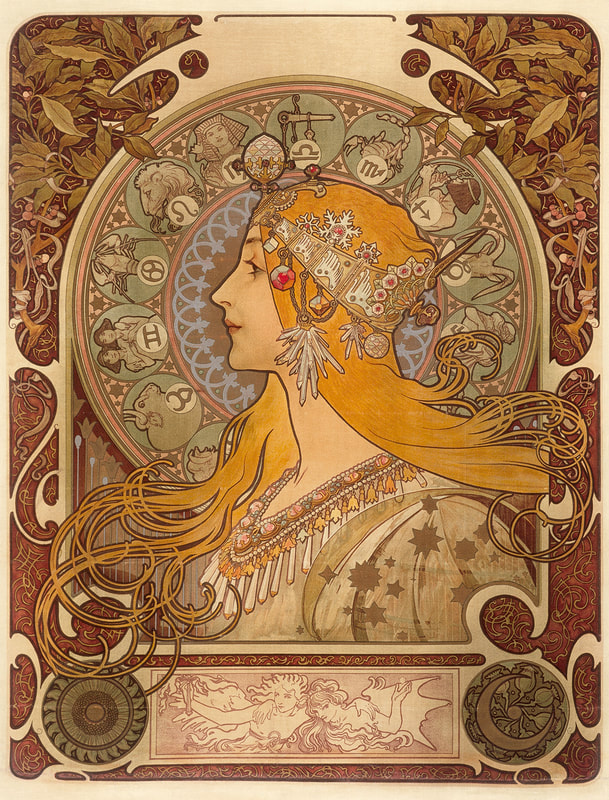 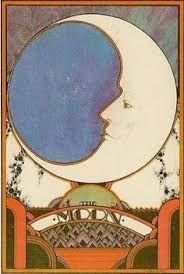 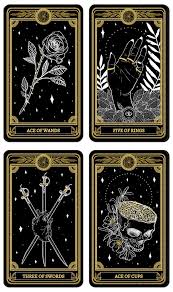 Research
When I was starting to figure out what I wanted to do for this project I was having a bit of a hard time. I was trying to think of what could be three separate stories that could be put together into one and make sense. I was thinking of a lot of stuff and nothing was working, until I remembered, Maiden, Mother, Crone, or Triple Goddess. These are the three aspects of the Goddess. This is represented by the Waxing, Full, and Waning Moon, like in the second photo below. The Triple Goddess represents the terms of a woman's life, in relation to having a child. Before is the Maiden, during is the Mother, and after is the Crone.
(Click images to enlarge) 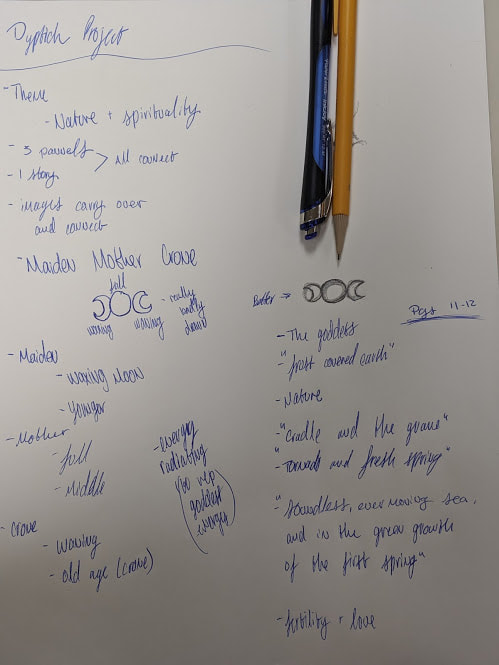 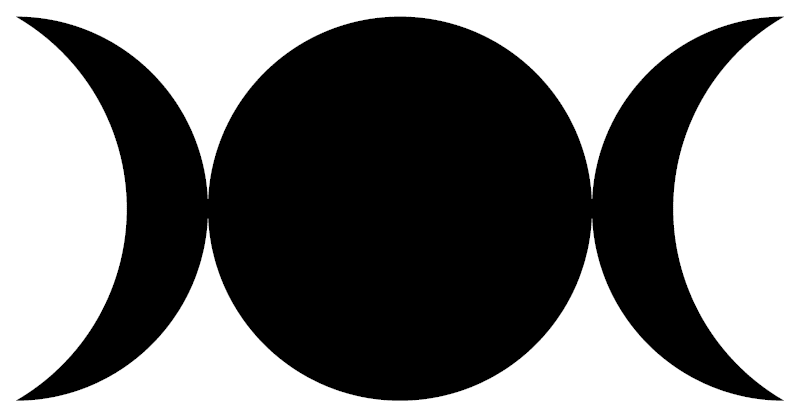 Experimentation
​
On my second canvas, the mother, I had originally used a more periwinkle color,  but that with the dark cobalt shade of blue didn't have the effect I wanted, I wanted more of a pop, like the Maiden/pink canvas. Another trial was on the Crone/red canvas, I wasn't sure whether to use a purple-maroon or a red for the background, ultimately I chose to use a red and the brighter blue. 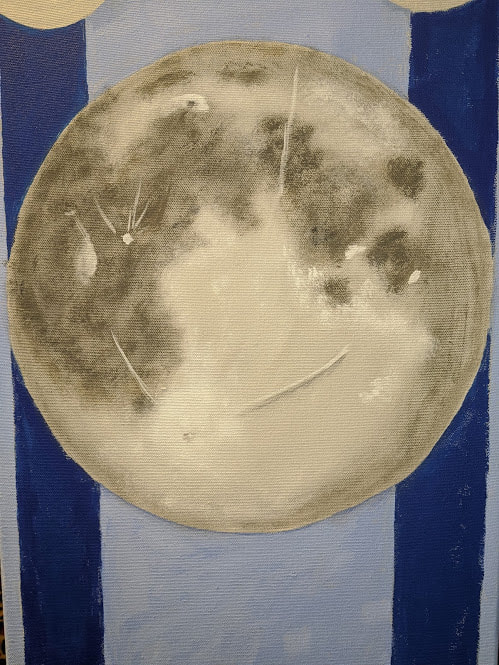 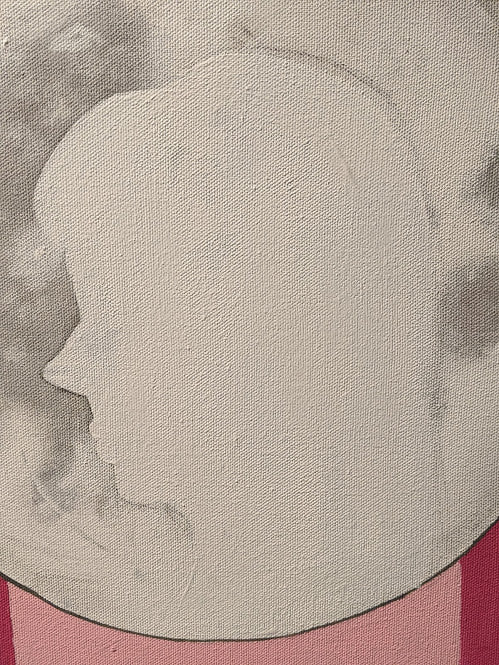 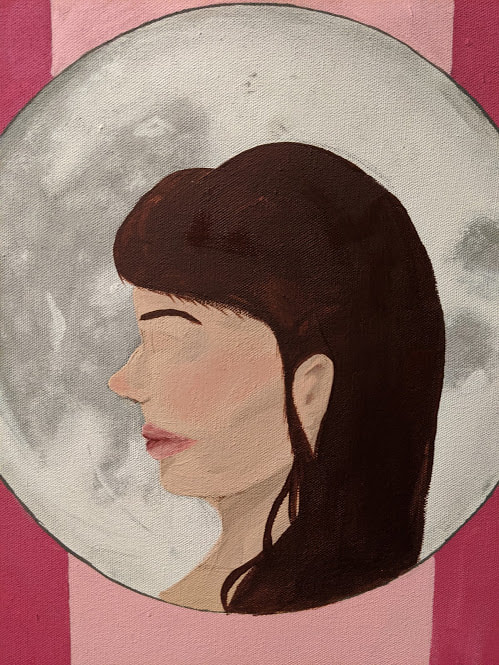 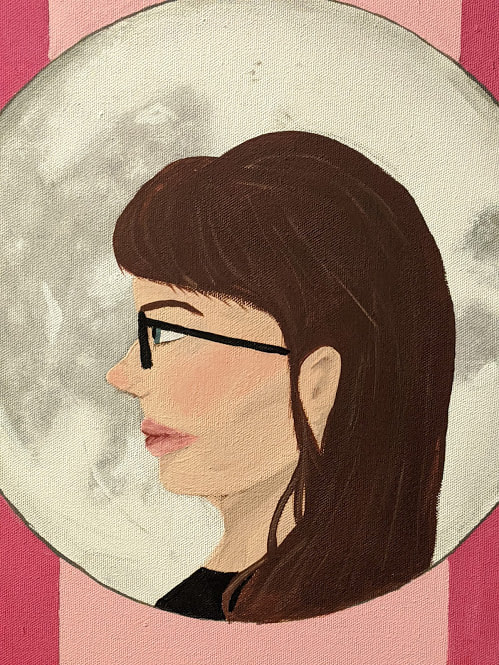 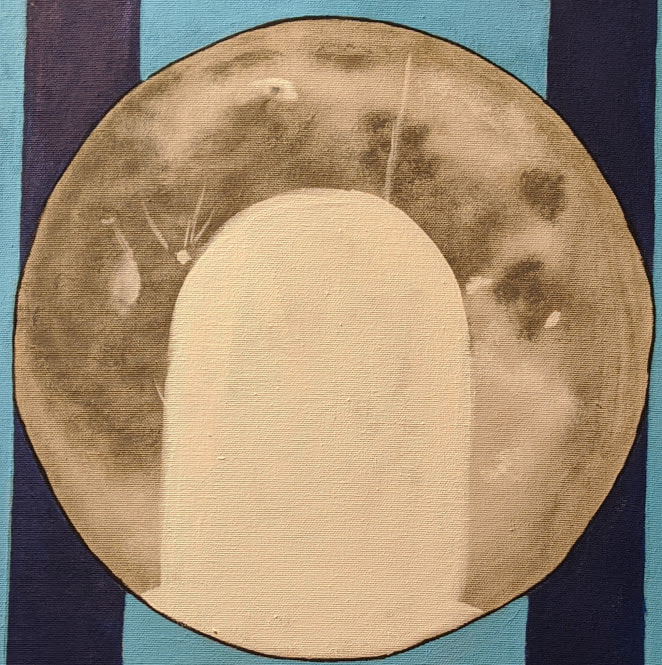 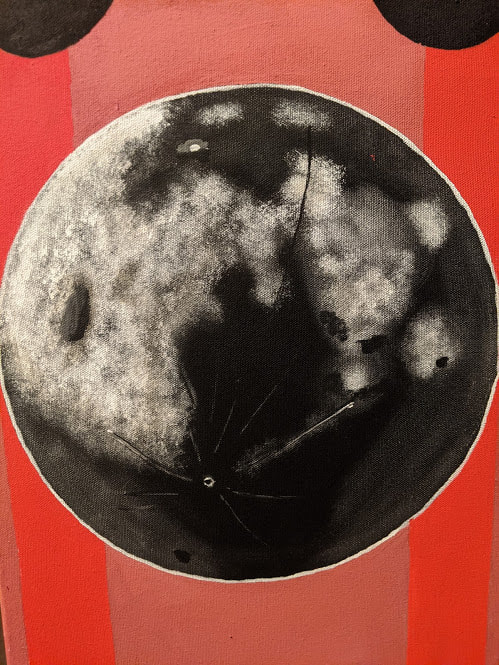 My project directly reflects my theme and inspiration. I used Art Nouveau with the basic layout of the canvases and the similar colors used. On each canvas I had the large framing bars going around the canvas, four smaller circles in each corner to hold a symbol, and a large circle in the center with the portrait. My project is entirely Maiden, Mother, Crone, Every detail, the color, symbols and who is in the center is entirely the Triple Goddess. I picked specific goddesses for each canvas and I used their colors and symbols to adorne the piece. With the quality of my work, I think the first two canvases got the best of it, then the last one it kind of ran out. If I could I would touch up some spots overall and clean up the lines.

Clearly explain how you are able to identify the cause-effect relationships between your inspiration and its effect upon your artwork:
My inspiration is all over my work, my work is a blend of Maiden, Mother, Crone and Art Nouveau. Like I said in my reflection, My work is adorned with different aspects and symbols of the Triple Goddess.

What is the overall approach (pov) the author (from research) has regarding the topic of your inspiration?
In my research, I mainly used a Scott Cunningham book and a trusted online site, it was all research based and focused on educating the reader. I have used both in personal work and have really been inspired by the ideas and topics in both.

What kind of generalizations and conclusions have you discovered about people, ideas, cultures, etc. while you researched your inspiration?
People look up to others, gods, goddesses, etc. and deny the fact of aging and try to forget that it's a natural occurrence.

What was the central idea or theme around your inspirational research?
I think the central theme of my research is identity and life, which is what most of my work and research revolves around, it all is interconnected and leads to each other in some way.

What kind of inferences did you make while reading your research?
I really didn't make any, a lot of the information was straightforward and easy to connect to my project.